So on our way to Nieu Bethesda and the mythic Owl House we stopped to explore Graaff-Reinet and hunt down the very elusive milk tart. Easy you would think, just drop by the Spar, but no! The people of Graaff-Reinet prefer the Cremora tart (go figure) and our craving coincided with an inter schools rugby weekend and the 1975 school reunion, need I say more…… the competition was heavy. It took a fair amount of handbag bashing and bitchy city folk attitude to wrestle the only milk tart into our possession and yes Panga Management can proudly say: We won! We won! We won!

Graaff-Reinet the fourth oldest town in South Africa was established in 1786, certainly larger than the other towns we had explored that day….. De Rust had the best coffee shop on our whole trip, I don’t remember the name but it has a pink rose painted on the outside, what can I say but De Rust Delivers and Willomore which will be known from this day forward as the “SA turn to Jesus” town was fascinating in that “fundamentalists reside here” kinda way. 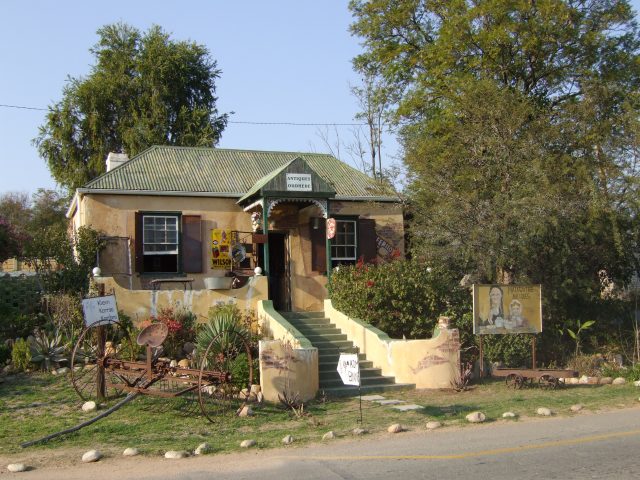 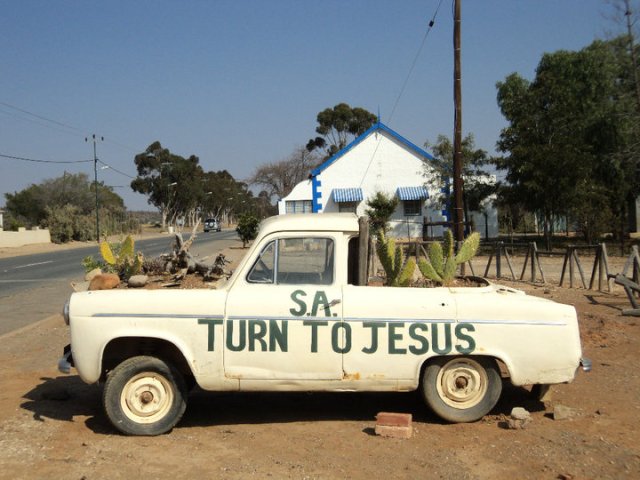 So whilst in G-R we visited some fab antique winkels and wandered the Pierneef Museum.

What can one say about Pierneef that has not already been said? Pierneef successfully portrays the South African landscape in a stylised manner which Panga Management views as the most beautiful propaganda of its time, the immense grandeur of South African landscape is captured, uninhabited and ripe for claiming. 80 years later and Panga Management is fascinated that so many of the places passed through on our binnelands journey are captured in the 32 Pierneef panels on display. The Pierneefs could have been postcards, illustrating our trek (postcard AKA the flat image used to exoticise in the most superficial way the place you have been and sent to others to make them jealous)

These paintings were commissioned for the new Johannesburg Station which replaced the Zuid-Afrikaansche Republiek Park Station in 1929. The beauty and mastery of the paintings cannot be denied, but somehow they remain inconclusive, they don’t capture the power of the South African landscape only the grandeur. In some ways the commission was a request for Pierneef to mark the territory (euphemism for a piss on it and therefore its mine) the trains colonised as they crossed the country. Don’t get me wrong Panga Management loves beautiful things and they are indeed beautiful, but they are defiantly more interesting because of what they intentional do not capture; power and humanity.

Panga Management can categorically state that the views Pierneef has painted are far more awe-inspiring when experienced first hand (Swartberg Pass and the Valley of Desolation are really good examples) and hence the paintings in many ways depict the wallpaper of a pasted regime still current in the Karoo. 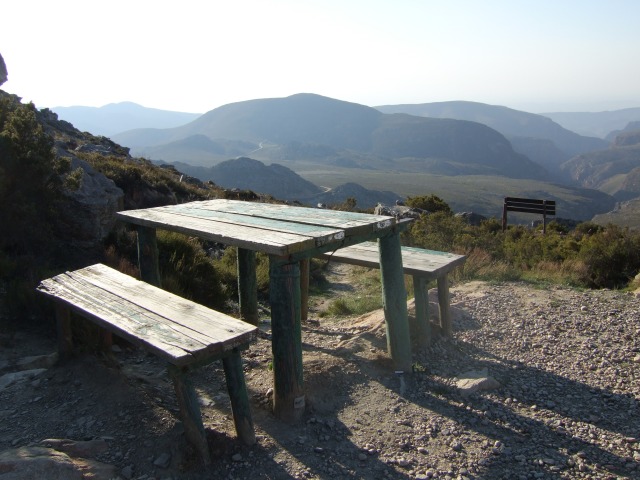 View from the top of the Swartberg Pass, Photo credit: Kiki

Panga Management stumbled upon this interesting blog www.carlbecker.wordpress.com Carl is visiting all the places and sites Pierneef painted. Checking the dates our paths might have crossed, two WordPress bloggers on the move.